If you read the Stepmania commit logs or Docs/Changelog_sm5.txt or look at the closed pull requests you might see my name a lot.
Well, this theme is the reason why.
Download it from github.

I spent several hours writing the readme on github, so I'm going to write a bit of back story on why I created it here.
After Anime Banzai 2013, I was irritated at how long it took to find songs in other themes. I had 13000 songs, in hundreds of groups. Finding the right group required a minute or more of scrolling, even at high speed, and title sort was practically useless.
Setting mods was clumsy too. In order to make sure anybody who might play could pick their speed mod, I had 36 entries in my SpeedMods.txt, which was bad when switching from an M mod at one end to a C mod in the middle or an X mod at the beginning.
With those problems in mind, I set out to make a better theme. One that would have a music wheel that didn't become unusable with thousands of songs, and allow any modifier to be easily set to any value.
It kinda grew from there.
Now I'm approaching 21 thousand lines of lua currently in Consensual (that's not counting the thousands discarded during rewrites of the sorting system or the options screen), and somehow I've become a Stepmania developer, with an equal number of lines to my name in the Stepmania code base.


"Is this theme finished?"
"Finished" is an interesting word. It implies two main things: The thing is ready to be used. The thing will not be changed in the future.
Consensual has been ready for use since July or August. I've been using it every time I play Stepmania since January 2014. I used it at Anime Banzai 2014 with only minor issues (very few of the players there had used Stepmania, they needed to be taught the basic controls) and zero crashes or noticeable bugs. The only obstacle was that I kept adding features to Stepmania and using them in Consensual, so anyone wanting to use Consensual had to be on the latest nightly build.
I am still adding features to Consensual and Stepmania, and I plan to continue doing so until I abandon Stepmania entirely.
So, it's ready for use, but it will be changed in the future.
Send in your suggestions, preferably on the issue list on Consensual's github page so I can track them easily.

< cybik> til Kyzentun fixes bugs for breakfast
--
< maxvg1> shakesoda: then why do i still play lol
<@shakesoda> because you're an ITG player. And thus, a masochist
--
<@shakesoda> Kyzentun: I think you might need to put down the meshes for a bit
StellEdge(Once Carluz)

OH my.I guess this theme is beyond our reach?XD.Is that mean I must get latest source code and pack them up by myself to try this theme?Or...Will this theme work well in stepmania5 beta 4 in future?I'm lazy..so I wait for offical releases in usual.

Beside,a 100Kb pack shocked me when I was downloading it.Then I found that....ummm...It only includes two tiny gaphics.

IF this theme can be combined in to a theme with cool graphics,I will be very happy to switch to it,no switching back.
Welcome,Thememaniaians./来吧，主题狂们。
Contact me!QQ:1030110910/欢迎与我联系，QQ：1030110910
Kyzentun
Kyzentun

I'm assuming that my changes to the stepmania source will be merged when the devs have time, so when the next official release occurs, this theme should work fine. Until then, anybody wanting to use it has to download the stepmania source from my fork, then build it.
https://github.com/kyzentun/stepmania/archive/kyz_current.zip is the link to grab the source from my fork. (advanced git users might note that it's not the master branch. I had problems a few months ago, and my fork is a bit of a mess of branches)


I haven't put any substantial graphics into this theme because functionality is 99% of what I care about. If someone wants to be an artist for me and make graphics, I'll work them in. Adding graphics to this theme without my assistance is not for the faint of heart.
< cybik> til Kyzentun fixes bugs for breakfast
--
< maxvg1> shakesoda: then why do i still play lol
<@shakesoda> because you're an ITG player. And thus, a masochist
--
<@shakesoda> Kyzentun: I think you might need to put down the meshes for a bit
Kyzentun
Kyzentun

Update: Favoriting system added.
Each song has a "favor" value that can be increased or decreased and used to sort songs.
< cybik> til Kyzentun fixes bugs for breakfast
--
< maxvg1> shakesoda: then why do i still play lol
<@shakesoda> because you're an ITG player. And thus, a masochist
--
<@shakesoda> Kyzentun: I think you might need to put down the meshes for a bit
Kyzentun
Kyzentun

Update: Tagging system added. Songs can be tagged with arbitrary strings and sorted by tag.
Pane display on ScreenSelectMusic is now fully configurable.

< cybik> til Kyzentun fixes bugs for breakfast
--
< maxvg1> shakesoda: then why do i still play lol
<@shakesoda> because you're an ITG player. And thus, a masochist
--
<@shakesoda> Kyzentun: I think you might need to put down the meshes for a bit
Kyzentun
Kyzentun

Bumping this so that people will know it works on the most recent nightly builds, and for various new things.
< cybik> til Kyzentun fixes bugs for breakfast
--
< maxvg1> shakesoda: then why do i still play lol
<@shakesoda> because you're an ITG player. And thus, a masochist
--
<@shakesoda> Kyzentun: I think you might need to put down the meshes for a bit
Jose_Varela
That guy that does Lua stuff. 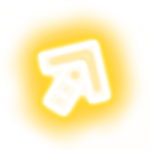 Just Saying, Is about the Naughty Builds.
When i download the theme, says that "Is not compatible with Stepmania 5 beta 3".
it says that it must be played in the Naughty Builds, but i cant play them, because (For some Reason) WinRAR dosn´t want to extract it.

not Even 7Zip.
May i Ask, How i am gonna Extract the Build?
I'm just a simple Stepfile creator and Animator.
My channel
Kyzentun
Kyzentun