nevermind, my hdd is crapping itself
MisterGreenBean
Stepping dangerously

Set 013's up! Not much to say on this one, but I think I'm getting back into the typical upload schedule...at least for now. Here's the changelog: 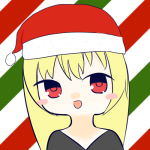 Love your pack!!
Thank you so much!! You have the best songs picked out <3
MisterGreenBean
Stepping dangerously

Hey! It's been, like, 3 and a half months since I last posted a Set? Look, I'm really sorry about that, and I'll get to why I haven't been posting soon. But first, your patience shall be rewarded! Set 014 is up, and with it has come a lot of changes, particularly in how things are charted and how the difficulty levels are set up.

So, by the old system, difficulty was simply taken from the editor right after I was done charting. However, I learned that this number was not entirely accurate, and was heavily skewed based on how many jumps and holds there are in a song. So, each difficulty value (which can be found in the doc I set up) is now different among every song, meaning that the Top 10 lists have been changed, so the courses have updated. Along with that, we have a lot more 10's now...but Best Best Friend still stands as the pinnacle of difficulty, so hopefully you've been getting to learn that song well in my absence. But this was not the only change I made.

One thing that you might notice is that there are less holds and jumps overall. This is actually because I decided that, instead of catering to a purely keypad-oriented audience, I'd want those who use the dance pad to have access to the songs and not be thrown off by essentially impossible strings of 16th note jumps. As such, I remapped all of the Hard levels (Easy and Medium didn't really need to be changed to be more helpful to dance padders) to become more conducive to dance pad users. What does this mean for everyone? Well, if you use keypad, things will now be marginally easier as the 16th note streams will not be quite as intense. However, things are substantially easier for the actual dancer, so hopefully this will satisfy some of you dance padders out there. This was for you guys!

Now obviously, this took a lot of work. Merely compiling information took a few days out of my already busy schedule, and it's only because I'm on winter vacation now that I can really devote lots of time and effort into this. This leads me to my next topic - my absence, and the future of this project. Now, put down your pitchforks and torches, because this project certainly isn't going anywhere. I'm just in a bit of a rough situation with my academics right now - being an astrophysics major ain't easy, you know! With so many examinations going on, it was difficult for me to find time to work on this. And in a couple weeks, university will be starting up for me again and I'll be caught in my rigorous academic life again, meaning that another long break much like this is very possible. I do want to try and balance my time better this coming semester, but no promises that Set 015 will be here anytime soon. If it is up soon, it will be in the next week and a half or so, but I don't plan on finishing the Set before winter break is over. So I'd look maybe for a late February or March release date. Sorry I have to make you guys wait again, but those are the breaks. Hopefully you can make do with what is now 72 of my charts. Also, looks like the one-year anniversary of this project is coming up. I'd like to do something special, but based on my schedule I probably won't be able to. Oh well. If I can find time, I'll see what I can do.

I'm not going to post a change log for this Set, because that would be ridiculous and a waste of both your and my time. Just make sure to re-download everything because I changed pretty much everything this time around!

Thanks for supporting this project. Here's to the speedy release of Set 015!

Alright, so that last Set took a few months, but now Set 015 is up and it took me exactly one month, much earlier than I expected! Hurrah! Anyways, I made another global change, this time with offsets to make timing more accurate. Before it was a little hand-wavy and now I can't really trust my own ability with the sync song feature, so I'm using audio analysis programs to get more accurate results. Hopefully this means I won't have to make any major timing changes to old sets for a long time coming!

Anyways, I can't believe it's already been over a year since I began this project. Crazy! 15 Sets and still going pretty strong. Ah, but I have something planned for Set 016, so don't touch that dial, I'll be back pretty soon.

So yeah, re-download everything again. Sorry! I know you're probably annoyed that I keep wiping your high-scores and making you download everything from scratch again, but this should be the last time I have to do that.
MisterGreenBean
Stepping dangerously

Hi, back again! I told you I'd be back soon. Anyways, Set 16 is out, and this one's for all you couples out there. Happy Valentine's, and happy pretty-much-one-year-anniversary of the project! WOOT!

As per usual now, updates are listed on the second post. See you for Set 17!
MisterGreenBean
Stepping dangerously

Hey, so it's been about a month since the last update and I wanted to give a heads-up as to what's going on. So you know how I said there likely wasn't going to be any real major global updates in the near future? Yeah, scratch that entirely. I've got a HUGE global update for you guys.

In the conversion to more dance-pad-centric charts, I initially decided to convert the difficulty levels to the newer 1-20 system; as such, there is more variety in the leveling system. Easy levels range from 3 to 7, Medium from 6 to 13, and Hard from 12 to 18 (at least so far). This normally wouldn't mandate a whole month's work, but in changing up all the levels, I noticed that a lot of songs that I have out have the unfortunate problem of, well, not looking very DDR-like. Generally speaking, an overuse of holds and jumps, which is a relic of the days when I hadn't really considered the dance pad user and only worried if it was possible for keyboard. In the shift towards catering the dancer, I decided there was some more conversions to be done. But this time, I'm not just focusing on whether a chart is manageable by the dancer, but instead making it look more like a standard DDR chart. Which means that I've been going through every single chart of every single level; that's right, the Easy and Medium levels are getting an overhaul as well.

Also to make things more user-friendly, I've been updating the Info documents with more in-depth information. The old Info document will now be split by Set, and will be included in the ZIP files for each Set upon release, and will be updated with each new Set. I also will include a second Info document per Set which will include more in-depth chart information. I've also been thinking of making videos to show off each chart individually and hosting them somewhere, but right now that's not high on my priority list. Think of it as a possibility of what's to come of this project. The rankings will no longer be listed on the Info document, by the way, as that is simply too tedious to update every Set. The spreadsheet containing rankings will still be around and will still be updated with every Set release.

As of typing, I've completely updated the first 3 Sets. Obviously, updating every single Set is going to be a challenge since I've got 16 of them running around, although the last couple of Sets are likely more pad-centric since I made the initial conversion. This means that it'll probably be a few more months until Set 17 actually gets released; however, I can say currently that all the songs in Set 17 have been picked out and all the levels have been charted under the new system, so as soon as I finish my global update, I'll get right to posting that. If there's demand for it, I can also release the globally updated Sets, I'd say maybe 5 at a time. That way I can still make monthly releases, even if we're just dealing with updates. I'd look for Set 17 being aimed at an early June release. Yeah, I know, it's a three month wait again, but I think the two back-to-back Sets should be enough to tide you over for a little while.

I know it's been a rough transition, and since I've only got myself to rely on to make these changes, and only myself to blame for not anticipating these changes, I take full responsibility for changing these. Just be patient and hopefully I'll be all ready to go before the projected date. In the meantime, happy dancing!
Chell

So sad you're not around anymore but I just wanted to say thank you sooo much! I'm a total newbie to Stepmania (got my dance pad today) but I used to play DDR years ago. I didn't like the default songs nor the first ones I downloaded because they didn't fit the DDR frequency/stepping patterns I was used to, but your charts are so great, even for someone as rusty and fat as I am right now. I came here searching for Block B songs and I was so lucky because I like many of these songs SO much (really, someone else likes HER, Aoi Haru AND Vocaloid?!). :) Thanks a lot for getting me into Stepmania!
Reply
Prev 1 2 3 4
Subscribe
32197 Views