So long, and thanks for all the memories!

Forums » News » So long, and thanks for all the memories! 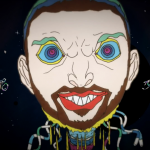 Anyone that's been even remotely paying attention saw this one coming.

I never was that frequent of a contributor. I was just kind of there, but because the project was so dead, I was still one of the primary influences on StepMania.

That has changed. GitHub has been a very positive influence on StepMania, not only pulling new contributors out of the woodwork, but also motivating old developers to take a more active role. Today, there is frequent, even daily work being done on refactoring the code and moving SM forward. I've faded into the background, and in the past year-ish have contributed little more than causing the occasional drama in the IRC channel.

So, it's time to formalize what de-facto happened months ago. I'm leaving the StepMania project, in pursuit of other things. I'm making this news post not out of some kind of conflated self-importance, but historcally, SM has suffered from numerous people simply disappearing with no explanation, and I don't want to be one of those people. I'd like to at least still be in the background in case people have a question about the codebase that I can answer, and not a ghost in the code that has long since faded into obscurity.

If you have any questions for me, I'll try to keep my GitHub account and this account up to date and take a peek occasionally. In addition, I'll probably still idle in the IRC channel, and there's a few people that know other channels to reach me.