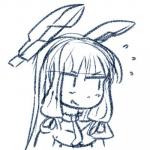 Due to the amount of remaining work needed, the scope of changes, and in response to feedback about difficulty with new systems: StepMania 5.1 is now going to be postponed to 5.2, and to bring some of 5.2's less invasive and more demanded features to people we're going to be backporting things onto 5.0 for version 5.1.

Features planned for 5.1 include:

* Loading songs from profiles on USB drives
* PacDrive support
* Updated default theme
* Profile improvements (including switching stats XML to an SQLite database)
* Mouse support for all platforms (may not be used in the default theme - but available for others)
* Stencil-based masking by default instead of zbuffer masking, so masking 3D objects behaves better without resorting to render to texture.

Further, to address compatibility concerns, this release should be almost entirely compatible with 5.0 content, so long as it doesn't depend on an already-deprecated API or the default theme (fallback will be fine). Small updates may be needed due to changing behavior of things like masking, but we don't intend to break anything major for this one.

EDIT: Also, help wanted with maintaining the website. It's PHP/SilverStripe, and the source is on GitHub. If anyone is interested in working on anti-spam measures or being a forum moderator so I can re-enable the registration form, please contact me via #stepmania-devs IRC or Twitter (@shakesoda).

I thought this was a thing already. Oh well!
~Santikun
Yänner

In the next patch, could you add a "search bar/function" so that we'll able to browse through our songs easier? I got the idea from OSU since they've search function :)
Reply
1
Subscribe
41634 Views