Any way to use lua in songs?

Forums » General Questions » Any way to use lua in songs? 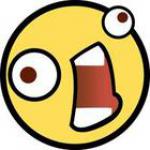 I've been playing a lot of Windeu tracks (in fact, they are all I have on my oITG).
Before starting to use oITG, I wanted to see what would happen if I used it on SM5.
No luck, basically. The tracks had no background (but most of the mods worked).
So I was just curious, is there any way to give creators the ability to use lua in songs and courses, similar to oITG?
Thanks in advance.
<YungDaVinci> but what does it mean
<YungDaVinci> what is kyzentun
<Kyzentun> It means Kyzentun.
<Jousway> what the fuck is a Kyzentun

Yes, it is possible. I'm too busy in other ways to figure out and write a full explanation, but here's a simple example.
In the .ssc file:

Then create a folder named "lua" in the song folder, and a file named "default.lua" in there.
The default.lua just has to return an ActorFrame with the actors that should be on the screen or whatever.
Simple example, just a spinning white quad:

The Actor named "preserver" is there so the layer doesn't get unloaded.
This simfile has no real steps, it simply exists to show the example pasted above.
< cybik> til Kyzentun fixes bugs for breakfast
--
< maxvg1> shakesoda: then why do i still play lol
<@shakesoda> because you're an ITG player. And thus, a masochist
--
<@shakesoda> Kyzentun: I think you might need to put down the meshes for a bit
YungDaVinci
Professional Procrastinator

I didn't think you could actually use lua in SM5. I guess that's what the .ssc file is for...
Now that I know you can do it, I guess I'll learn some lua. It looks similar to python, so I guess it should be relatively easy.
Thanks!
<YungDaVinci> but what does it mean
<YungDaVinci> what is kyzentun
<Kyzentun> It means Kyzentun.
<Jousway> what the fuck is a Kyzentun