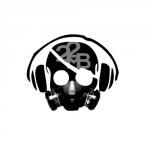 I'm not sure the requirements in the programming for the compatibility for putting it on the App store, but Is it possible for a release? I own a Surface 2 and I know it's more than capable of handling this software with even a touchscreen interface.

Just curious if any research and development is underway there.
TroizNoiz 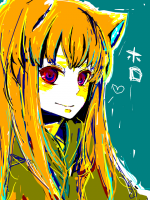 It's really, really unlikely and several of the devs (myself included) take issue with MS' walled garden (and not supporting OpenGL)
@shakesoda, excessive ❤ moé
DevinUp
Reticulator of Splines

There's an app called Dance Rebel that will accept custom simfiles and works with the Surface RT. It's a little limited but that's your best shot. It also works with the official XBox 360 dance pad. I have a Surface Pro, so I just have Stepmania installed on there, but that's not going to work on the non-pro. Just thought I'd toss out the Dance Rebel program. It's a Stepmania knock-off.
SoonDead
BBCode hooligan

It's a Stepmania knock-off.
Like StepMania is a Dance Dance Revolution knock-off. :D

Windows Surface Pro ( use windows 8)
C#, VB, C/C++, Java, F#, Ruby, Python, JavaScript, PHP, Perl, Haskell and any other language you can use for Windows 7 dev


Windows 8 is already supported, but Windows RT is not likely to ever be. *IF* someone comes up with an "emulator" that makes standard OpenGL games run under windows RT (which might be possible I heard), than there is a faint chance that it can happen (would still need developers to actually do it though :D)

If - for example - the ANGLE project matures, it can provide the layer of abstraction SM would need to run on RT, but due to the lack of runtime shader compilation it could take a while (if not forever).