Movie not being detected

I added an AVI file to the folder of my song, but it's not being added to the first beat of the song. When I went to the background options, file1 appeared as nothing. I even turned on random movies 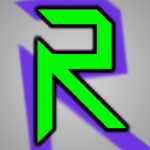 That sounds like a cache problem.
When it first sees a new song, Stepmania stores some of that song's info in a cache file, so it doesn't have to read the whole .sm file every time it starts up.
The cache is stored in %APPDATA%/StepMania 5.0/Cache (or ~/.stepmania-5.0/Cache on linux, or ~/Library/Preferences/StepMania 5/Cache on OS X (might be wrong about OS X)).
You can either open the Songs folder inside Cache and find and delete the file for the song, or delete the entire cache. Stepmania will recreate any deleted parts of the cache next time it starts up.

Since cache problems are common for people who edit simfiles outside of stepmania, I'm considering adding a cache management section to the debug menu.
< cybik> til Kyzentun fixes bugs for breakfast
--
< maxvg1> shakesoda: then why do i still play lol
<@shakesoda> because you're an ITG player. And thus, a masochist
--
<@shakesoda> Kyzentun: I think you might need to put down the meshes for a bit
bollyedu

well guys can i add the songs of the this website to stepmania http://mp3moz.com yes or not...
Radiant Rayv
Drink the potato.