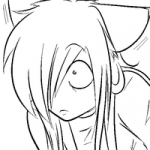 I have done everything I can possibly think of from adding SpeedMods.txt/.ini to the %AppData%>StepMania 5 folder and the document is still not being registered by the game. Kind of annoying, want to add a lot of x mods and get rid of the c / m mods.

Any ideas anyone?
Captain Deep

I'm having the same problem, but when I completely remove the SpeedMods.txt file the default speedmods are removed and if I have custom speedmods, the default ones are used.
Mad Matt

Where exactly is the file located? Because of a change to the way profiles are loaded in SM5b3 you cannot have that file in your local profile directory, but it should work in the machine profile directory. The problem has since been resolved, but I suspect beta 4 is still a long ways off.
Maki

I located the file and put it in the MachineProfile sub folder within the "Save" Folder. The name of said folder is SpeedMods and is a text document. I've looked at a couple of threads, I completely removed the stepmania 5 folder from the Program Files and put it on my desktop, then into my desktop "Games" Folder, and then put it in my C>Games directory with no luck on modifying the speed mods. I am attempting to put the following mods into the "machine".

The machine still hasn't loaded the modifications, even if I put the x behind the #.##. Also; do you know where any dedicated ITG machines are in Michigan? If you have no idea then disregard that question; I thought you lived or were in Michigan at one time :P Maybe I'll just revert back to a older SM version and not have a headache lol

You left out commas and put it on multiple lines. Don't do that. Put a comma after each mod, and put them all on one line.
< cybik> til Kyzentun fixes bugs for breakfast
--
< maxvg1> shakesoda: then why do i still play lol
<@shakesoda> because you're an ITG player. And thus, a masochist
--
<@shakesoda> Kyzentun: I think you might need to put down the meshes for a bit
Maki

I made sure the modifiers were in a straight line as well as made sure commas were beside them and it still is not registering the custom speed mods.
Kyzentun
Kyzentun

I think you might have the file wrong.
It should be "%APPDATA%/StepMania 5.0/Save/MachineProfile/SpeedMods.txt".
The "%APPDATA%" part depends on which windows version you're using, and I don't know what it is for any of them.
< cybik> til Kyzentun fixes bugs for breakfast
--
< maxvg1> shakesoda: then why do i still play lol
<@shakesoda> because you're an ITG player. And thus, a masochist
--
<@shakesoda> Kyzentun: I think you might need to put down the meshes for a bit
Mad Matt