Reply
1 2 Next >
Lisek
The Magical One 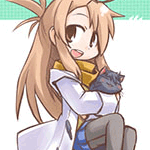 So anyways, I've been seeing quite a few times threads over the internet mentioning that at some point StepMania will include modes for more players than two. StepMania 5 got much better over last few months and I was considering moving onto it but it still lacks one of most important functions for me - support for more players than two. Thanks to new engine game runs really smoothly on higher resolutions and bigger screens. Two player mode is so 1998.

Are there any plans in nearest months to include new gameplay modes? I would be pretty happy with either DDR Universe styled or the ITG Multiplayer / iDance style 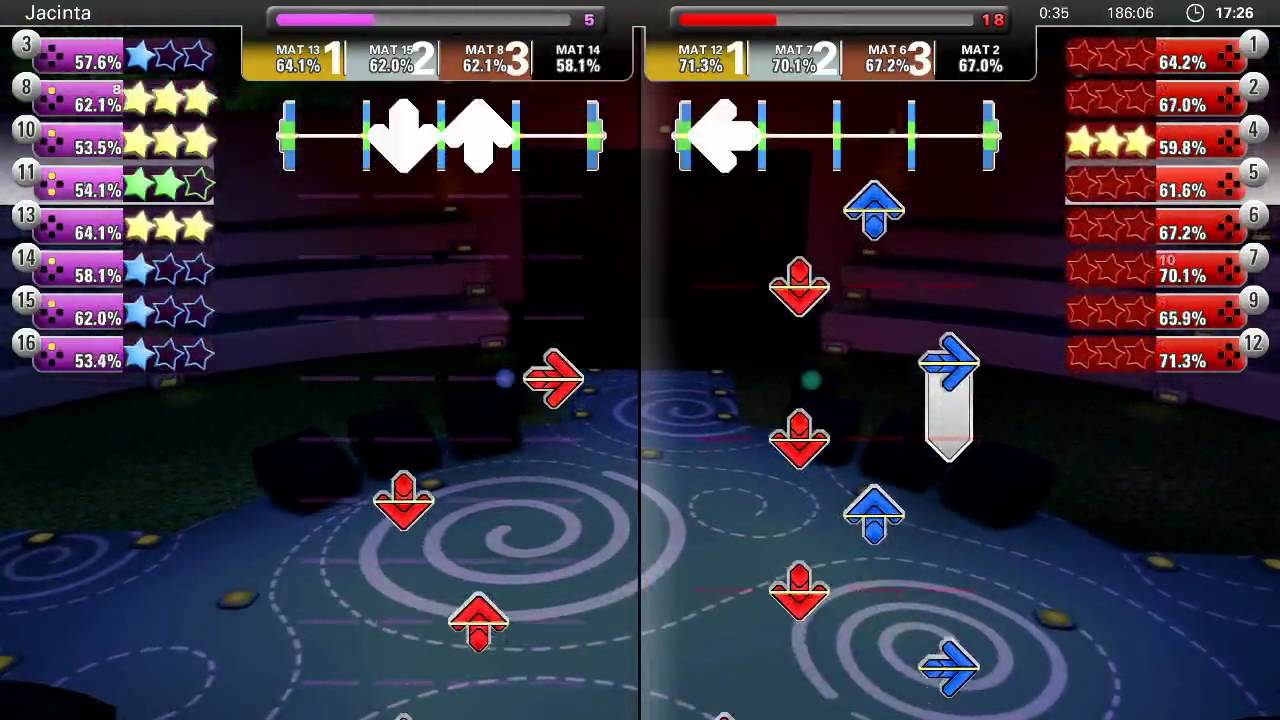 Supporting more than two players would break compatibility with every theme, which would piss off every themer and player out there, except for the few players using the one theme that gets updated to work with more players.

It would require months of dedicated work from someone willing to comb through the depths of the Stepmania code base to dig up parts that secretly assume only two players and rewrite them, and also do the same for a theme.
And then they have to go rewrite a chunk of the rendering code to make notes render faster, because 4 players is probably going to drop the frame rate too low.

Personally, it doesn't seem worth it to me. Months of work, and at the end, there's praise from 3-5 people who use it and devs that mostly don't play anymore, and tons of angry flak from players who can't use their favorite theme with the new version and themers who have to rewrite substantial portions of their themes to handle unlimited players. That's a bad investment to reward ratio in my view.
< cybik> til Kyzentun fixes bugs for breakfast
--
< maxvg1> shakesoda: then why do i still play lol
<@shakesoda> because you're an ITG player. And thus, a masochist
--
<@shakesoda> Kyzentun: I think you might need to put down the meshes for a bit
Abaxvahl 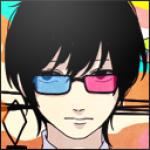 Or people could wait there frickin' turn instead of more than 2 players.

Other than that, great idea. It would be cool, 8 player?
Kyzentun
Kyzentun

Even with two dance game machines, it's not uncommon for the line for each to be 3-4 people long for each pad during the busy times. At least, that's what I've seen when taking Stepmania to Anime Banzai for the last 6 years.
Having four players on one machine might put a small dent in the noise level of the room, because it means one less noisy music game.
Getting all four people to agree on a song to play in a reasonable time might be problematic though. Probably best to just give one player control of the music wheel, and only allow the other players to change difficulty.

< cybik> til Kyzentun fixes bugs for breakfast
--
< maxvg1> shakesoda: then why do i still play lol
<@shakesoda> because you're an ITG player. And thus, a masochist
--
<@shakesoda> Kyzentun: I think you might need to put down the meshes for a bit
Lisek
The Magical One

It works without any problem here - as in for selecting song for four players. A lot of players here play on beginner - light levels and just want songs from their favourite animes, so it's easy to cater their needs.

Theme compatibility issues? Don't think it would be a problem if it would be tackled like I mentioned. For DDR Universe style it would be just making width/2 and clonning P1 stuff to P3 and P2 stuff to P4 with adding width/2 to them. SelectSong screens not so easy, as they are either vertical or horizontal (next-to or over) - probably those would have to be recoded by hand. Still, I would probably tackle it with a flag that if isn't on in theme - the theme doesn't show option for 4 players. And I assume that modding base theme wouldn't be a problem if the mode would be out.

Main reason why I want this function is the fact to move on already. It's still keeping me on that 3.9.
Kyzentun
Kyzentun

Cloning the existing stuff for P1 and P2 would be the worst solution because it duplicates stuff without solving the inherent underlying problem that players aren't handled abstractly.
To solve it properly, everything in a theme that looks at players would have to be carefully written to not depend on any fixed maximum, and handle weird cases like P1 and P7 being the only joined players.
Just the changes to the way PlayerNumber is handled internally to remove the fixed maximum would break theme compatibility everywhere because it would no longer be a string pretending to be an enum value.
This matters because SM5 allows the theme to do a lot more, fetching all kinds of info on the players and displaying it with custom actors. This isn't the dark ages anymore, metrics.ini and Photoshop aren't the limit on what a theme can do.

I don't know if you've ever looked inside an SM5 theme, but it's pretty common for them to copy the same huge chunk of code (sometimes 200-300 lines in a single file) and duplicate it for both players, just changing every "PLAYER_1" to "PLAYER_2". These people are pretty much going to be screwed outright if the player number mechanism changes.


I'm not against adding support for more players. I understand why you find it useful. It would be a very useful feature to have. The problem is that it would upset everybody else.
< cybik> til Kyzentun fixes bugs for breakfast
--
< maxvg1> shakesoda: then why do i still play lol
<@shakesoda> because you're an ITG player. And thus, a masochist
--
<@shakesoda> Kyzentun: I think you might need to put down the meshes for a bit
PrayerWarrior

First it crashes if you let the intro roll so you have to go into game mode or it crashes, would be easy enough to fix but I didn't bother because...

A better solution I use is setting up StepMania with LAN mode, then you can connect up to 16 players at the same time SMOnline style. It takes eight PC's and eight monitors but it's a great way to get alot of players on the same song at the same time without making all the arrows crappy small and each person can choose their own mods plus SMOnline modes usually work okay.
Lisek
The Magical One

I don't mind having 4 players with 3 pads (and fourth one mapped onto keyboard). I kinda managed to tweak the SM3.9 4P so it forces 4P mode. Managed to get speedmods working and the arrows to not overlap. Removed screens that crash the game (my current version won't go into intro screen). Each player can have different speed mode, each player can have different difficulty. Only known problem is that rolls crash the game (just like the original StepMania). Sadly the source code doesn't want to build in my VS (will need to install older version to try it again later). As for StepMania lan - oh god no, I remember running it once and it was requiring 24/7 maintenance. It was crashing every few songs.

So I assume that multiplayer functionality is not planned for main version StepMania. Any plans of doing a fork maybe after 5.0 final will be released?